One thing that immediately struck us upon our initial partnership conversation with Billy is his passion not only for the business he has built, but also his passion for the Rebelle Rally. Billy wanted to be involved with the rally as he truly believes in what we are doing. And what it does for the women who compete. As a business owner involved with all things off-road and automotive, he has a wide selection of events to choose from, and we are absolutely honored that Billy chose the Rebelle to support. And as a side note, after trying Scrubblade in some pretty unforgiving terrain while pre-running, we can confirm we are never going back to a traditional wiper blade. We are officially hooked.

That said, we wanted to catch up with Billy to get the inspiration behind our current obsession, how he implemented the idea, and how it’s all going from there. Read on for the scoop.

There are so many adventures we’ve taken in the past where we wish we had Scrubblades on our vehicle! What’s one trip that stands out (pre-Scrubblade) that you could’ve really used them?

I would have to say it was the night when the idea popped in my head! My truck ran into a large bug, I proceeded to use washer fluid and the wipers to try and remove the mess. All it did was create a 3-4” smear directly in my line of sight. I was about two hours away from a gas station and had to deal with oncoming lights glaring through the smear. I really could have used Scrubblade that night, haha.

The patented-design on Scrubblade makes perfect sense – and we’re sure probably took some time to implement. How long did the process take to go from idea to shelf-ready, and what obstacles did you encounter along the way?

From the first drawing of Scrubblade, to the first prototype I held in my hand, was about 4 years. Once I found a factory and worked with their R&D division it was about 3 months of going back and forth with drawings before we landed on a design, we both thought would work. You can dream up any idea, but it has to be manufacturable, affordable and scalable. I received the first prototype in 2006, 18 months later I had plenty of real-world testing, packaging finished while simultaneously working on the patent & trademarks. Early 2008 we started “trying” to sell it. The wiper blade market is so massive I had to focus in on an industry I thought could really use a better wiper blade. That led me to the trucking (18 wheel) industry. That was probably the best decision I made early on in the Scrubblade journey. We are now the #1 blade sold at retail in trucking and quickly gaining traction in the overland/off-road and automotive world.

We know Scrubblade has a big off-road fan base, but you have seen Scrubblades on MUCH bigger vehicles than your standard Jeep or truck. Tell us about sizing and styles for your products.

We currently make two models of Scrubblade. Platinum and Heavy Duty, sizes range from 11” – 32” and covers about 97% of the market. We focus on offering two high quality models at similar price points to cut down on consumer confusion.

We feel like great products always come from great stories. Tell us about the one behind Scrubblade’s inspiration.

I thought of the Scrubblade idea when I was driving home late one night from a BMX race. A large bug hit my windshield and being the clean freak I am, I tried wiping it off with the wiper blades and washer fluid, but all that happened was a massive smear directly in my line of sight. That was the ah-ha moment. The name “Scrub-Blade” instantly popped in my head. I mean, what else would you call it!? In the morning I sketched out the first design that still hangs in our offices today.

Years later I started an automotive detailing company while the idea of Scrubblade was on the back burner. Life happened, I had to pay the bills, went through a divorce and was raising my son at the same time. That season of life really gave me the drive to pursue Scrubblade and make it a success. I got a prototype made while I was still detailing cars and was able to start testing the functionality. Driving all over Southern California to work, I was able to compare Scrubblade on my driver side, to a standard wiper on the passenger side. it worked really well at removing bugs and gunk from the windshield compared to my passenger (non Scrubblade) side. At that point I knew I was onto something!

We have to mention we’re big fans of your commercials. Are you the man behind the magic?

Well I definitely come up with the ideas and have directional influence, but I let the professionals work their magic. It is always satisfying and exciting to see a script go from paper to the screen. And then to see people’s reactions or comments when you release it out into the world! 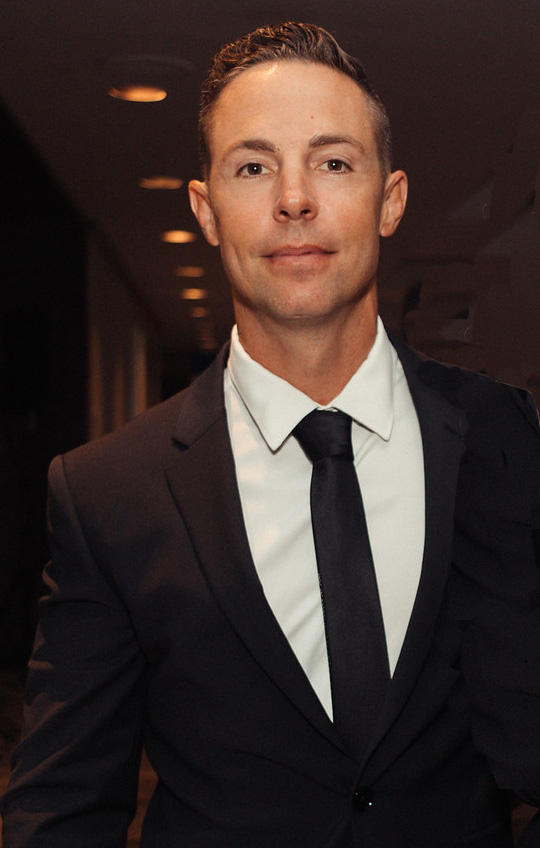 You’ve got so many events to choose from. Why the Rebelle?

Scrubblade started as an idea on a piece of paper, and much like the Rebelle Rally itself, we have had to navigate through many obstacles in the course of doing business. Every checkpoint along this journey we have built our strength and grown as both individuals and a business. Once we had the opportunity to meet the people behind the Rebelle Rally, we realized that this organization was more than a race. The impact the rally has on women we find truly amazing and are excited to see the growth in this industry.

Lastly, any words of wisdom?

Life’s a journey. Get a clearer view.